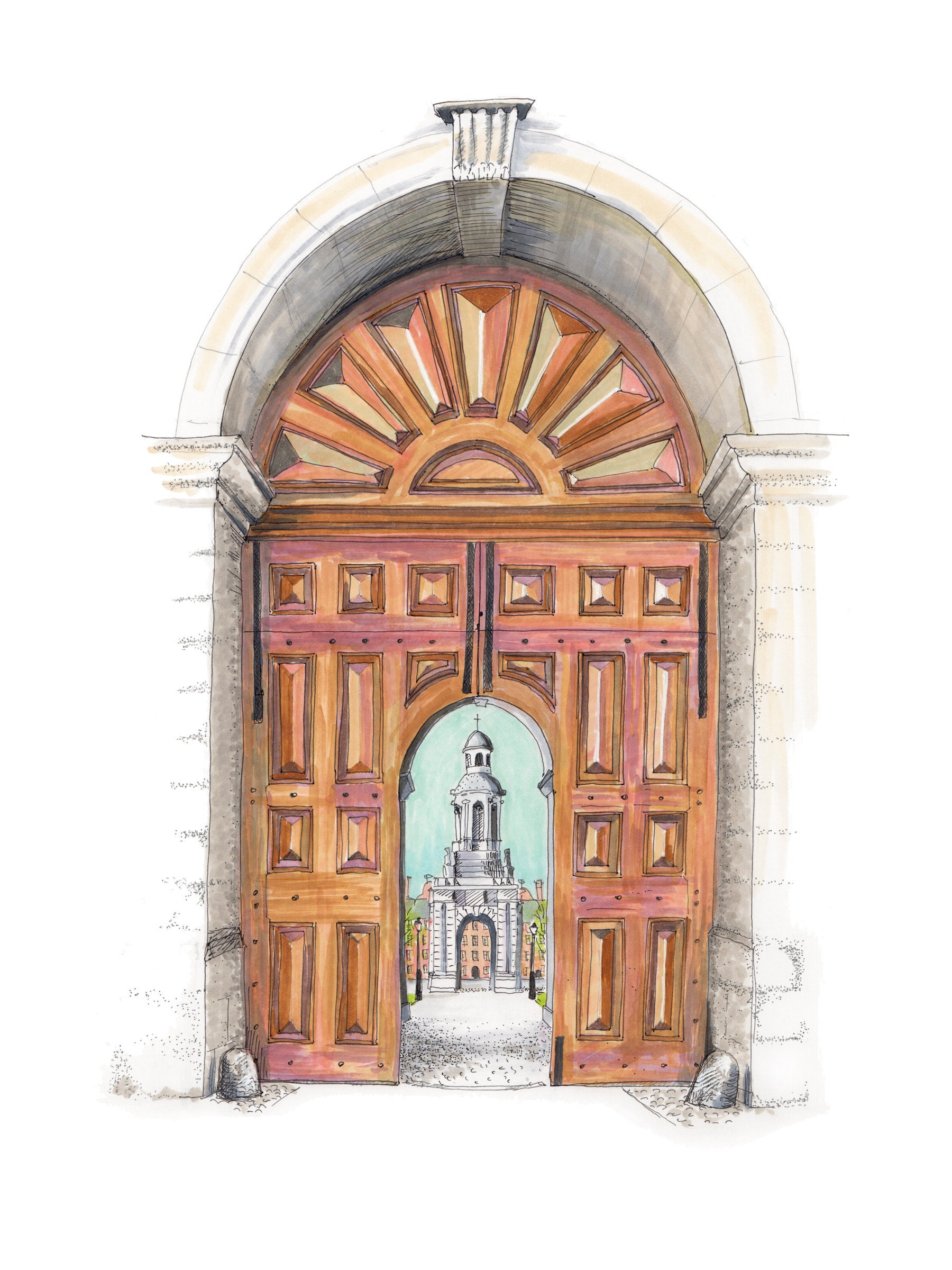 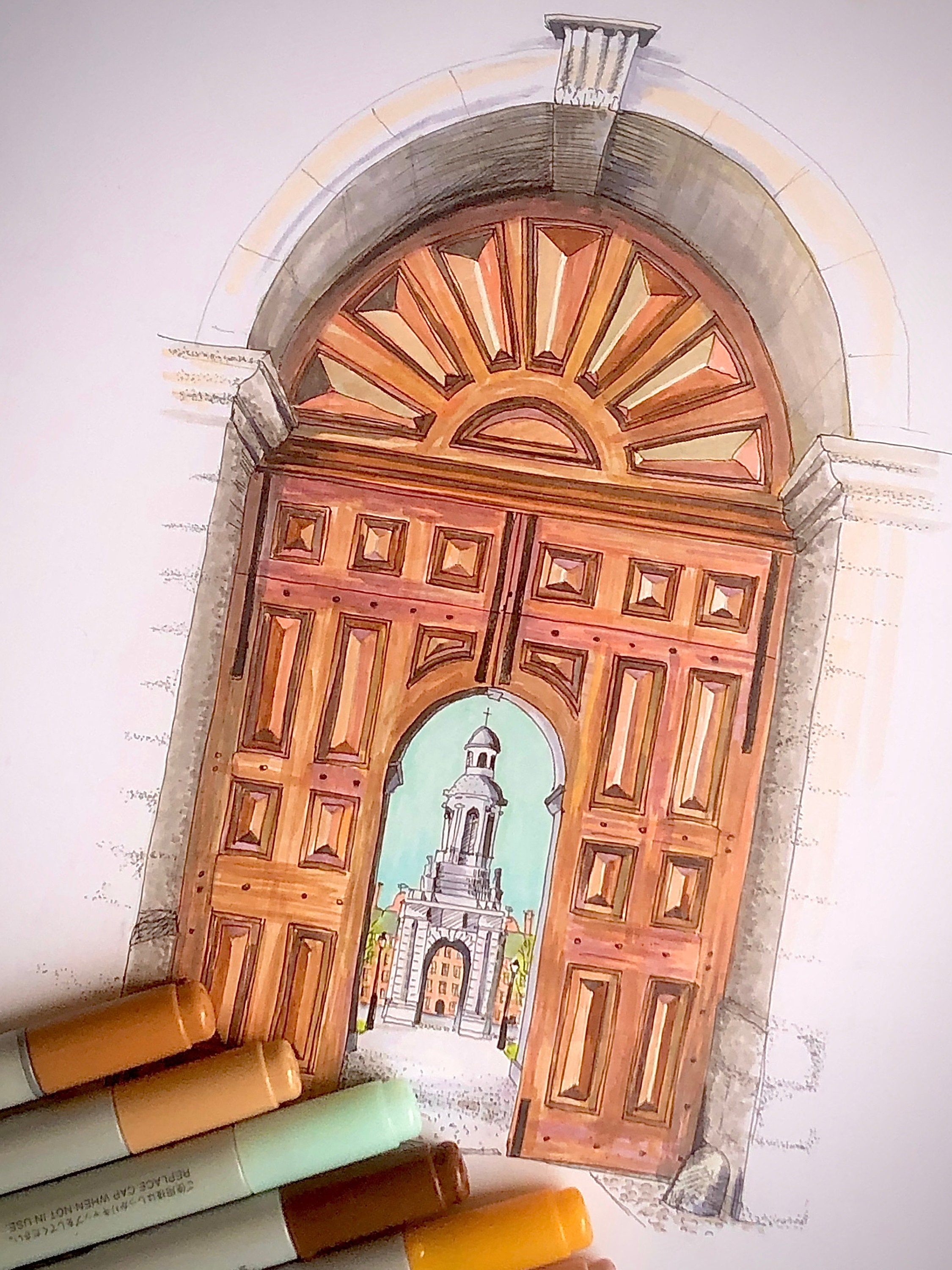 Follow the steps of Ireland's literati with a stroll through the Iconic Trinity Gates.


Founded in 1592 by Queen Elizabeth I, Trinity College is one of the seven ancient universities of Britain and Ireland,[10] as well as Ireland's oldest surviving university.
Trinity College is widely considered the most prestigious university in Ireland is now surrounded by central Dublin and is located on College Green, opposite the historic Irish Houses of Parliament. The college proper occupies 190,000 m2 (47 acres), with many of its buildings ranged around large quadrangles (known as 'squares') and two playing fields. Academically, it is divided into three faculties comprising 25 schools, offering degree and diploma courses at both undergraduate and postgraduate levels.
Trinity college library is home to The Book of Kells.

A limited edition print of an original pen and ink drawing, signed and numbered by the artist.

I'll do my best to meet these shipping estimates, but can't guarantee them. Actual delivery time will depend on the shipping method you choose.

But please contact me if you have any problems with your order.

0 items in your cart